Counting is a primordial part of science. From counting days to counting stars, a systematic quantitative approach to observation is crucial for objectifying the description of human experience. Counting is closely related to making measurements. And reproducible measurements are what distinguish physical particles from other narrative devices like genies or ghosts. So in this article we tackle questions about physical particles by counting quarks.

To summarize developments so far, we have defined seeds by objectifying some common sensations. Seeds are the elementary components of EthnoPhysics. All other objects are subsequently defined by aggregations of seeds. This approach is not new, it is influenced by the ancient philosophy of Anaxagoras.

Then we considered pairs of seeds and called them quarks. Quarks are discussed in more detail over the next few pages, but we can already use them to make this rudimentary definition: Physical particles are compound quarks. So together with David Hume we understand particles to be bundles of sensation.

EthnoPhysics then expands on Hume’s idea in an effort to understand particle mechanics without resorting to mysteriously received notions about length, mass and time. First we remarked that experiencing a sensation is itself an event. Then we organized a way of mathematically describing events using ordered-sets called chains of events generically noted by

Recognizing patterns of sensation, and identifying particles, requires some repetition within a stream of consciousness. So physical particles are mathematically represented using orbital chains of events where some bundle of sensation

is experienced over and over again. Then, if we speak informally of the quarks in a particle, we mean the quarks in one bundle. For instance we may say that particle

where the convention that seeds are conserved requires that

From these general considerations, different sorts of particles can be obtained from rules that specify new quark combinations. Starting with anti-particles: The anti-particle of any particle

and defined by exchanging ordinary-quarks and anti-quarks of the same type. So for example if

And here is a quick introduction to some more compound quarks.

So in brief, EthnoPhysics employs sensations, seeds and quarks to define all physical things.

Next we define a quark index because when counting quarks it is often more convenient to use a number instead of a letter to represent different kinds of quarks. So consider a seed noted by Z where

and its associated anti-quark

These quarks are occasionally referred to using

the Greek letter zeta, as shown in the table. When used like this, zeta is called a quark index. The two particles

-type or Z-type quarks. This notation is especially helpful when using summation notation in formulae.

Counting quarks is a way to scientifically describe sensation. More exactly, we start by counting seeds. Let P be a generic particle composed of some aggregation of seeds. A simple way to make a mathematical description of P is just to sort-out the number of different types of seeds in P. To satisfy Anaxagorean narrative conventions, Cantor’s definition of a set, and Pauli’s exclusion principle, we require that seeds are perfectly distinct. Therefore seed counts always report a positive integer or zero, never fractions or negative numbers.

If all seeds are paired in quarks, then P can also be represented as a set of quarks and mathematically described by counting quarks. We note the results of such an inventory using the letter

in a serified italic font. These numbers are called quark coefficients because they can be interpreted as factors in a nuclear reaction that yields P. For example if

then the quark coefficients of P are

. Quark coefficients are always non-negative integers because quarks are defined by pairs of perfectly distinct seeds.

The Roman letter Z, or the Greek letter

are used to indicate quark-type. In general, we use the symbols

A few other numbers used for describing particles are defined in the accompanying table. The letter

indicates the use of summation notation.

Note that if Z represents a thermodynamic or chemical quark, then

also gives the number of these sorts of seeds in P. This is because there is just one Z-type seed for each quark, and all quarks are named after their non-conjugate seed. So we may call

a seed coefficient when discussing thermodynamic or chemical seeds.

By the foregoing definitions, the net number of quarks in particle

This is just some arithmetic known as the anticommutative property of subtraction. However, when we apply it to counting quarks it expresses a fundamental physical symmetry between matter and anti-matter, so we will refer back to it later. But first, a look at why quarks are forever.

Quarks are conserved because physics depends on mathematics. Recall that a logical style of description that uses counting and mathematics requires that seeds are conserved. For the same reason, when we shift the description to counting quarks, then quarks must be conserved too. The overall quantity and quality of the quarks in a description cannot change. As a narrative convention, we say that quarks are indestructible. Whenever some compound quarks

are combined or decomposed, if

then the coefficients of any specific type of quark

And counting out a sum over all types of quarks

To satisfy Anaxagorean narrative conventions, Cantor’s definition of a set, and Pauli’s exclusion principle, we require that every seed Z is perfectly distinct. Therefore when counting seeds we always report a positive integer or zero, not fractions or negative numbers

For the same reason, when we define quarks from seeds, and shift the description to counting quarks, then the coefficient of any quark

must always be a non-negative integer as well

The foregoing relationships are the logical basis for a variety of conservation laws that are found throughout physics. We often refer back to them. But next we look at how counting and quark-coefficients are related to quantum numbers.

Quantum numbers are used to identify and classify particles. They are utilized in both atomic and nuclear physics. Quantum numbers for atoms are discussed later. We start here by defining the nuclear numbers from quark coefficients that are noted as

Recall that these quark-coefficients are determined by counting quarks so they are always integers. Therefore the following quantum numbers are all integer multiples of one eighth. They are quantized, thus their name.

The total angular momentum quantum number is defined by

The charge quantum number is

The lepton number is defined as

The baryon number is given by

And finally the strangeness quantum number is defined as

Nuclear particles can be classified by these quantum numbers into a few categories as noted in the accompanying table.

Recall that for any seed Z, the net number of quarks in particle

This relationship implies that the charge, strangeness, lepton-number and baryon-number of particles and anti-particles have the same absolute value, but opposite signs.

But exchanging quarks for anti-quarks does not alter thermodynamic seed counts, so for the angular momentum quantum number

Quarks are conserved. So the overall quantity of each quark-type in any given description may not change. Whenever some generic compound quarks

then the coefficients for any sort of quark

But the lepton number, for example, is defined above from sums of quark coefficients. So by the associative properties of addition we have

Therefore the lepton number is conserved. By the same reasoning the baryon number and charge are conserved too, so

But the strangeness and angular momentum quantum-numbers are defined using absolute-value functions which are not generally associative. So

are not always conserved when compound quarks are formed or decomposed. 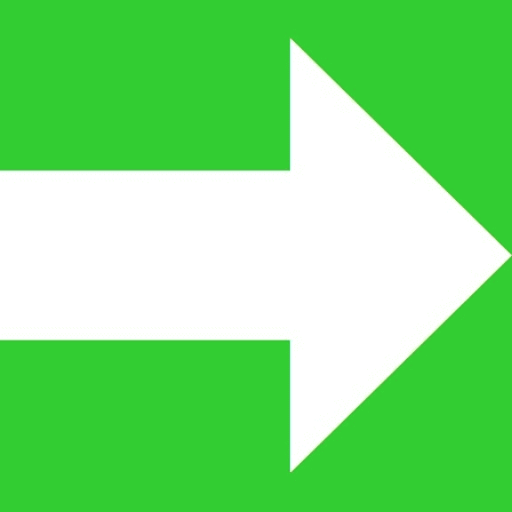 Quirks are key details that regulate how quarks are combined to form larger particles. Some quarks are bigger than others. And some are hot. There are three quirks to master quarks.